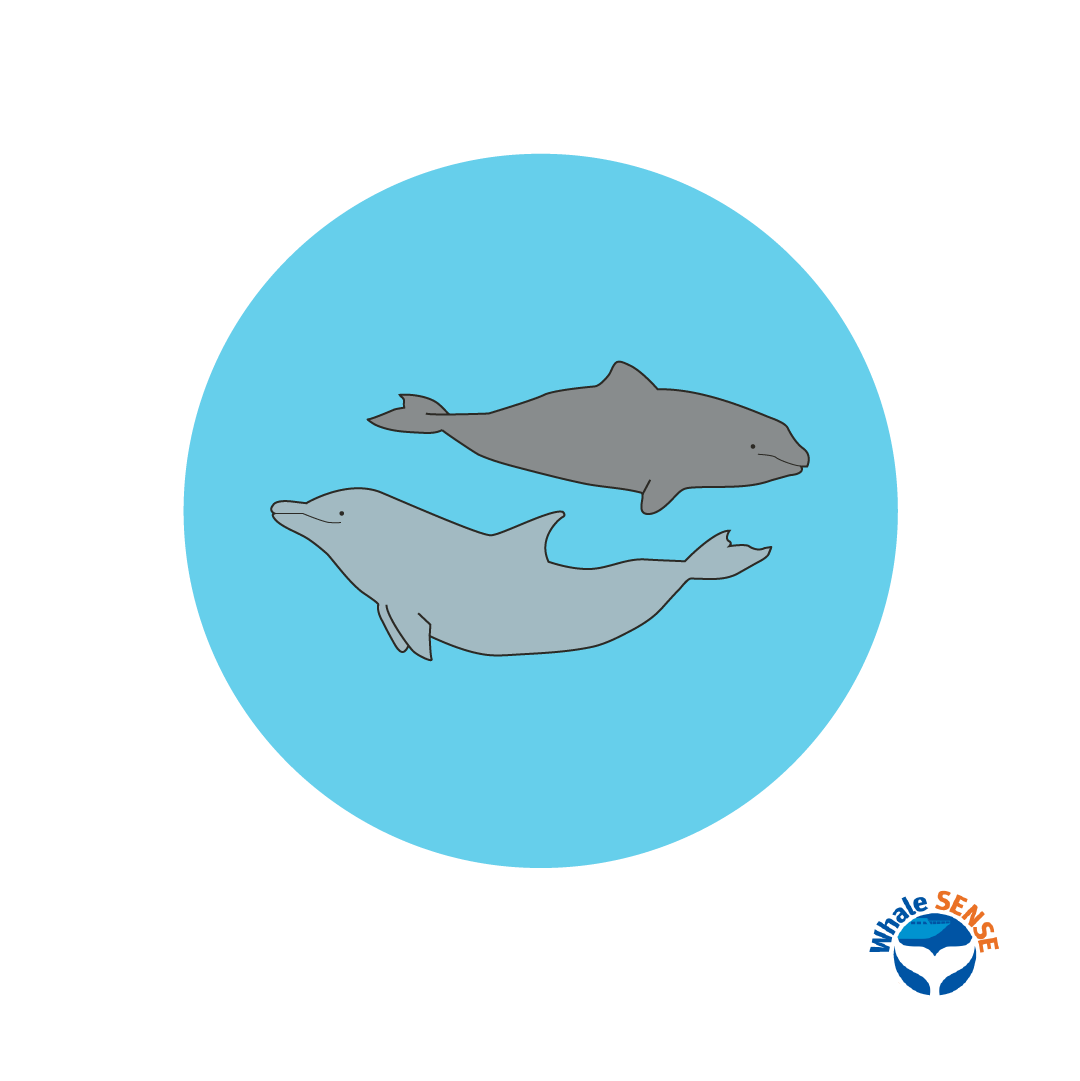 How are porpoises different from dolphins? (The 3 F’s)

Dolphins and porpoises can be easily confused at a glance. They are both small cetaceans and extremely intelligent. Each also have complex brains with a forehead called a melon. Using their melon, they can easily navigate using sonar (sound waves). However, you can use the 3 F’s (Face, Fin, and Figure) to help you visually tell the difference:

Another difference between dolphins and porpoises is how they communicate. Dolphins can make whistling sounds through their blowholes to communicate with one another underwater. So far scientists have found porpoises to only communicate using clicks.

Generally, scientists agree that there are 32 dolphin species (plus five closely related species of river dolphin). Porpoise species are much fewer!

Check out the 7 porpoise species:

Now go out and find those porpoises! You can even find some species on a Whale SENSE whale watch!

Artwork of porpoise and dolphin at top of page thanks to Rosemary Connelli, graphics of dolphins and porpoises thanks to NOAA Fisheries.

Ali has been working with the Whale SENSE Program since 2018. She has worked as a whale watch naturalist in both Alaska and Hawaii, and spent her master’s researching the effects of whale watching on humpback whales and conservation.