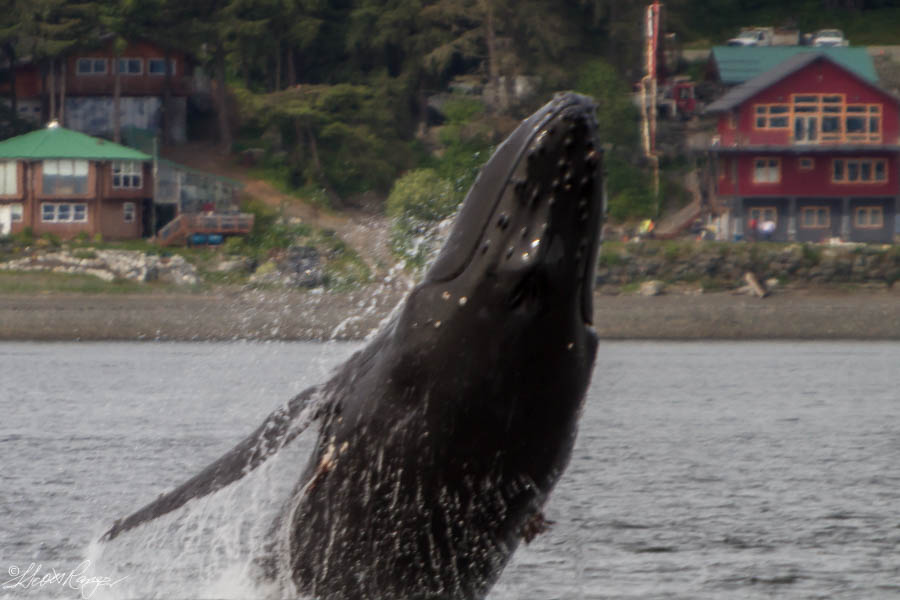 Our Juneau whales this season include at least three cows and calves, all of whom arrived early, either in late April or early May.

1447, Juneauite’s calf stuck close to mom for a month, then has gotten a bit frisky. First by lifting its rostrum out of the water quite a bit and then venturing on to some breaching, most of them reaching about half of the body length out of the water. It has been very shy about showing its flukes, and at the end of June is not seen far from mom doing lots of shallow dive with her. Juneauite’s last calf was 2013.
1538, Flame’s calf seems to be getting the name “Tinder” which keeps with the them with 2013’s calf “Spark”. This calf has been doing lots of tail thrashing and peduncle throws with a few low breaches thrown in. It has been doing the sidestroke and shows the left side of its flukes and seems partial to that side. That fluke is mostly white.
1783, Tucker was a surprise as many of us thought she was a male! But lo, and behold, *she* shows up with a calf this year! Like the other calves, it sticks very close to mom, even in late June. It likes to do tail slaps and some short head stands. It’s tail is entirely dark, broad and sharply serrated.