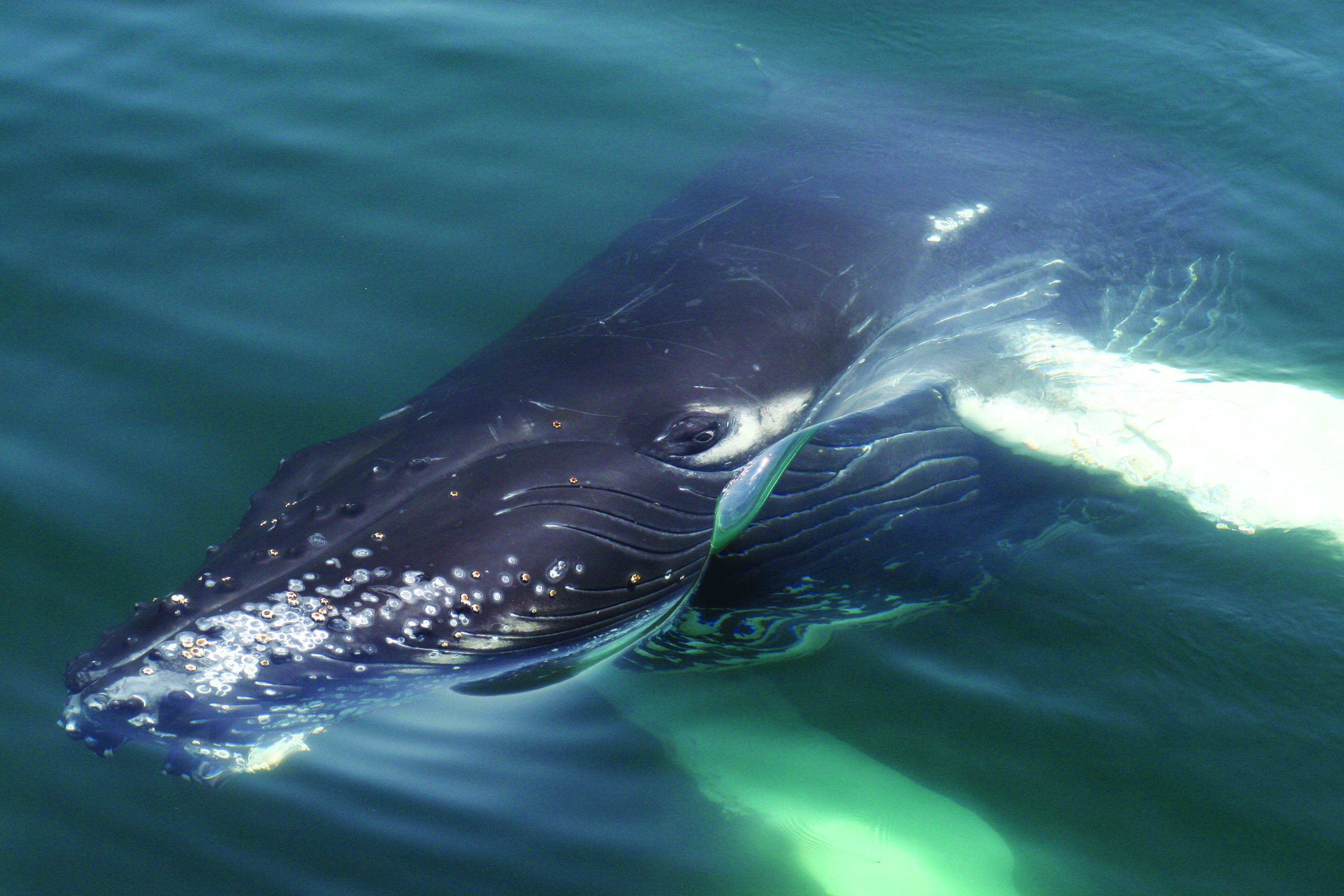 As the Whale SENSE Program enters its fifth year, an estimated 1 million people have been exposed to messages about responsible wildlife viewing.  However, this isn’t the only benefit of the program.  The collaborative effort involving NOAA, Whale and Dolphin Conservation (WDC) and 9 commercial whale watching companies along the east coast help with whale rescues, research and support educational initiatives and conservation programs.

“It is important that we respect and protect the whales that support our livelihood and that we provide an on-the-water example to other mariners of how to behave properly,” said Zack Klyver, Bar Harbor Whale Watch.

Entanglement in fishing gear and collisions with vessels are the leading causes of serious whale injuries and deaths off the Northeast. To reduce risks of vessel strike, current regulations and guidelines include slow, safe speeds and required transit routes for vessels when whales are likely to be present.  Fishermen and scientists have also made changes to fishing gear and methods to reduce the chances of an animal getting entangled in the first place or make it more likely that the gear will fall away if an animal does pick it up.

Since the program began, at least 17 whale entanglements have been reported by Whale SENSE boats.  In instances where Whale SENSE partners were standing by, rescuers were able to more quickly find and help distressed animals.

“Cape May is the second largest commercial fishery on the East Coast and is a huge tourist destination,” said Tracie Cicchitti, The Starlight Fleet and Cape May Whale Watch and Research Center. “We are proud to be a Whale SENSE member. Being able to educate our passengers and pass on safe boating practices around marine mammals will hopefully allow these populations to thrive in our Southern New Jersey waters.”

Whale SENSE members also are engaged in a number of educational activities, from providing resources to students interested in studying the marine environment to recycling campaigns. For instance, Hyannis Whale Watcher Cruises has recycled tens of thousands of plastic bottles since becoming a Whale SENSE participant in 2008, while the Bar Harbor Whale Watch company raised an estimated $7,000 in 2012 to support scholarships for students to study whales and dolphins.  New Whale SENSE member, Boston’s Best Cruises began a traveling educational exhibit for schools in southern Massachusetts that has already reached over 200 students in its two months of implementation, continuing in the Whale SENSE stewardship tradition.

“As an early Whale SENSE member, we appreciate the professional growth opportunities for our staff that being part of this program provides.  We have access to training and also valuable information on animal welfare that we can share with our customers to help better inform and inspire them,” said John Brink, Hyannis Whale Watcher Cruises.

All whales are protected under federal laws, including the Marine Mammal Protection Act, that safeguard them from being injured, killed, harassed, or having their natural behaviors interrupted. Companies participating in Whale SENSE agree to use responsible viewing practices to minimize the potential for harming whales, to provide customers with a high standard of education, and to promote ocean stewardship and conservation.

To become a Whale SENSE participant, company vessel operators and the naturalists who narrate tours attend annual trainings on whale watching guidelines and regulations, safe operations, and whale ecology. After completing the program, the whale watch company is granted full use of the Whale SENSE logo to promote its business and is listed on the Whale SENSE website.

To learn more about the Whale SENSE program, please visit our website www.whalesense.org or call us at 978-282-8462.

NOAA’s mission is to understand and predict changes in the Earth’s environment, from the depths of the ocean to the surface of the sun, and to conserve and manage our coastal and marine resources. Visit us athttp://www.noaa.gov or on Facebook athttp://www.facebook.com/usnoaagov.

Stellwagen Bank National Marine Sanctuary encompasses 842 square miles of ocean, stretching between Cape Ann and Cape Cod offshore of Massachusetts.  Renowned for its biological diversity and remarkable productivity, the sanctuary is famous as a whale watching destination and supports a rich assortment of marine life, including marine mammals, seabirds, fishes and marine invertebrates.  The sanctuary’s position astride the historic shipping routes and fishing grounds for Massachusetts’ oldest ports also makes it a repository for shipwrecks representing several hundred years of maritime transportation.

WDC, Whale and Dolphin Conservation, (formerly WDCS) is the leading global charity dedicated to the conservation and protection of whales and dolphins. We defend these remarkable creatures against the many threats they face through campaigns, advising governments, conservation projects, field research and rescue. WDC’s North American office is based in Plymouth, MA. WDC staff, volunteers and interns conduct research and work to protect whales from the threats they face.  Visit www.whales.org to learn more about how you can help as a volunteer, advocate, or donor.